Are you a driven and motivated 1st Line IT Support Engineer? 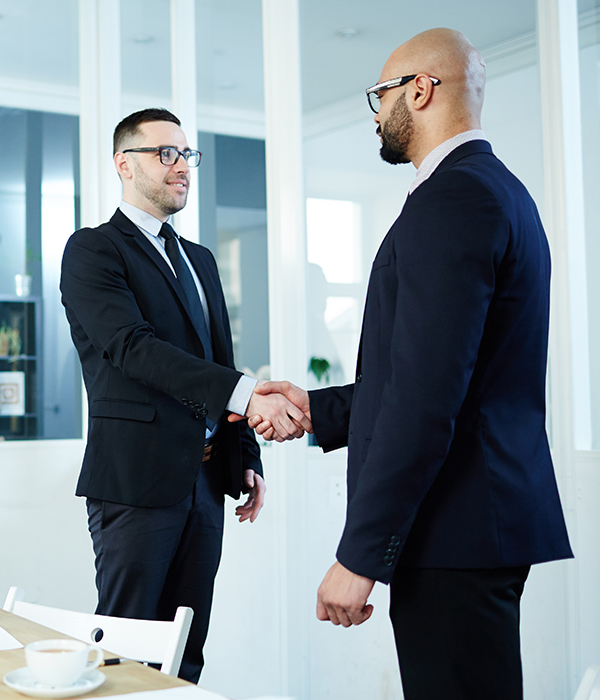 24×7 Systems is a consulting firm that empowers you to take on challenging business opportunities with agility, responsiveness and sustained excellence. We strive to deliver future-proof applications that can serve the ever-evolving appetite of heightened volume, variety and veracity that is expected in today’s world. With quality, commitment and innovation at the heart of our culture, we lead with a renewed focus on delivering customized solutions to our clients that align with their business objectives.

We are built to change, we understand the undeniable role of transformation in today’s business world. We listen to you, we actively do! We align with your business objectives and organizational resources to define the best fit technology solutions and offer maximum amount of customization. We factor in quality, time and budget in order to deliver optimum solutions that meet every unique business need and challenge. In fact, we thrive in unfamiliar environments as it helps us truly reach for innovation from within.

With over two decades of business operations in North America, 24x7Systems has created a significant footprint in the Federal Sector; agencies such as Dept of Homeland Security (Customs and Border Protection), Health and Human Services (Centers for Disease Control and Prevention), United States Department of Agriculture, Dept of Justice (Alcohol and Tobacco Firearms), to name a few. Our team of professionals bring decades of experience and expertise in Cloud Computing Services – infrastructure, Data & Security Services, and Application Modernization for various entities and agencies. 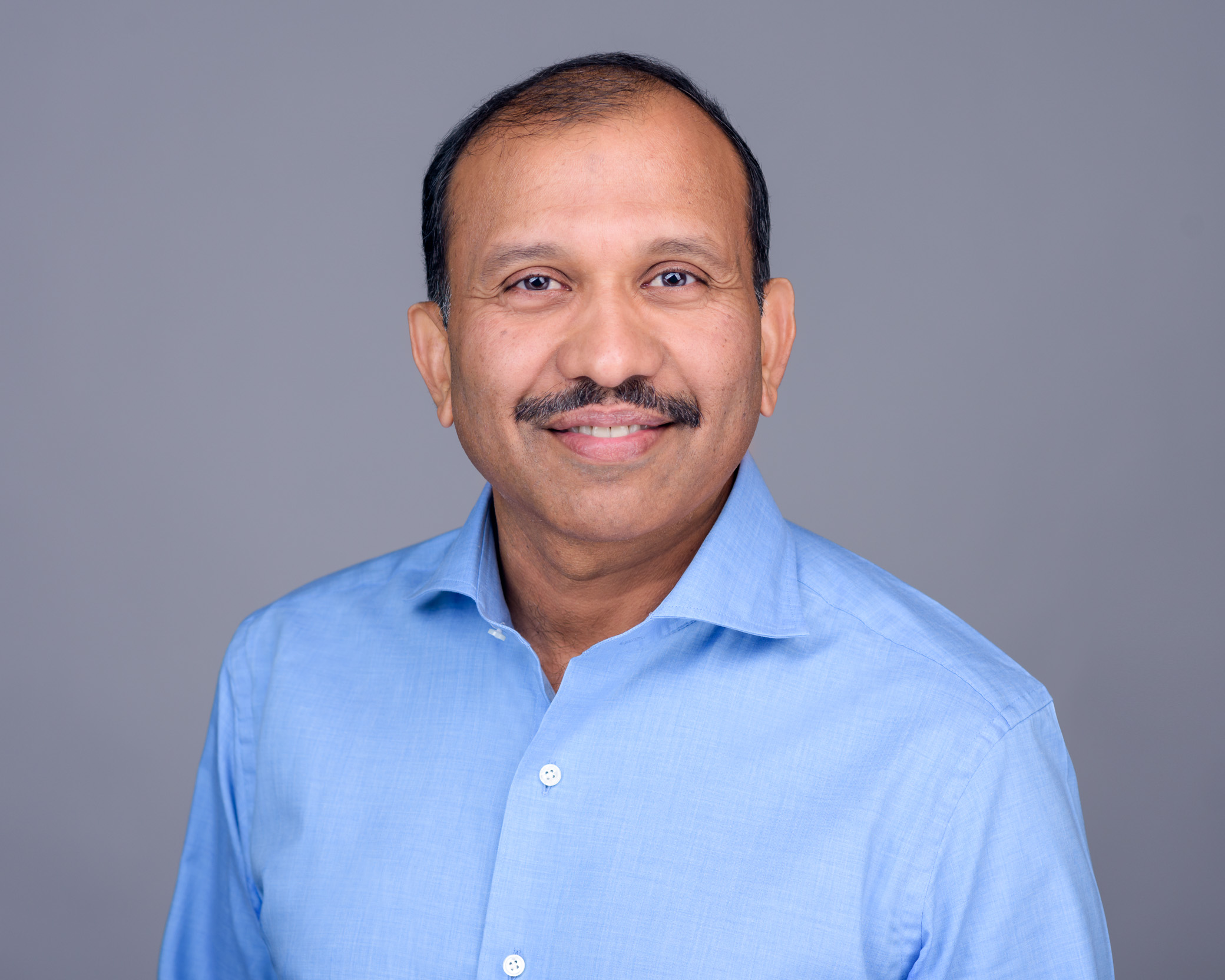 Srinivas Surapaneni started 24X7 SYSTEMS, Inc in 2000 with the goal of building mission-critical systems that run 24×7 for Fortune 500 enterprises.

Surapaneni brings with him a wealth of diverse experience and expertise – spanning over 25 plus years in the information technology industry and related IT sector. Surapaneni’s thought leadership in technology and related areas has enabled the firm to position itself favorably in an increasingly competitive and complex technology environment. He possesses extensive experience in complex systems architecture, design, analysis, implementation, and training for large enterprises; his areas of specialization have been Cloud Services, Security, Analytics, and Mobile Technologies. Surapaneni’s zeal for developing technology roadmaps to support business objectives has positively impacted various businesses to strengthen their business/IT for current and future alignments. More importantly, over the past two decades, Surapaneni’s technical and leadership skills have contributed to various Fortune 500 clients and Government entities, in implementing full technology life-cycle and mission-critical systems and applications.

Ranjan Dattagupta is a 35+ years industry veteran. Having spent the majority of his professional career at IBM Corporation- he has held key leadership and management roles with the IBM Global Services and IBM Sales & Distribution organizations.

Dattagupta’s vast industry experience in multi-vendor technology along with his deep expertise in consulting, designing, and implementing technology solutions and processes have led to successful end-to-end business transformation for organizations. His professional trajectory has mainly focused on providing leadership and guidance in sales, marketing, and business transformation to sustain consistent growth and development for Fortune 1000 customers, including providing and supporting The Coca-Cola Company worldwide.

Dattagupta brings with him a passion for information technology services and his diverse experiences combined with his deep knowledge about the industry, technology, and related regulatory acumen and expertise have proved instrumental in delivering client outcomes. His deep understanding of services organization, processes, go-to-market strategy, and offerings have been key to his success; his strong organizational and management skills in implementing integrated services and enterprise consulting practices have helped enterprise organizations position their strategic services offerings globally. 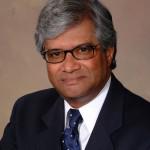 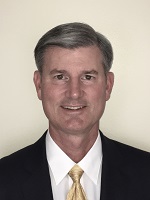 General David Uhrich, retired from the United States Air Force in 2015. After having served in Honduras, Saudi Arabia, and Qatar, Gen Uhrich comes with a wealth of experience across project areas. Most recently, he served as the Director of Communications, Headquarters Air Combat Command, Joint Base Langley-Eustis, Virginia. During his various stints, he has worked extensively with communications, computer, and systems, and air traffic control and landing systems supporting the Combined Air Operations Center and all Air Force communications and network systems across the Central Command Area of Responsibility.

As a Service Veteran of 30+ years in the US Military, Gen Uhrich’s leadership in a wide variety of subjects such as tactical and fixed communications, information technology, and cyberspace operations, have been invaluable to 24x7Systems positioning in the Federal Sector. As Chairman of the Advisory Board, Gen Uhrich provides advice and counsel to the company leadership team.

Gen. Uhrich received his commission as a distinguished military graduate from Auburn University’s Air Force Reserve Officer Training Corps program in 1985. He has a Bachelor’s degree in electrical engineering from Auburn University and a Master’s in Business from National-Louis University. He attended the Army’s Command and General Staff College as well as the Air Force’s Air War College. 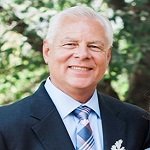 Dennis Kause is a __ year veteran in the information technology industry, and a pioneer in the Business Intelligence (BI) market possessing over 20 years of experience helping clients with their successful deployment of BI strategies and project initiatives.

He’s been a partner with BusinessObjects dating back to version 3.0 of that technology (starting in 1994), and achieved back-to- back Partner Club in 2008 and 2009 for being one of the top BusinessObjects license reselling partners in North America.

Dennis has helped hundreds of clients with their BI initiatives to view/analyze their business performance and drive the enterprise forward based on the essence of BI. The delivered BI solutions have encompassed the full spectrum of strategic consulting for BI strategy establishment and deployment roadmaps, data warehouse design/build, data preparation and cleansing, use of the licensed BI tools to build custom BI solutions and industry specific packaged Analytics.

He has co founded many organizations that zero in on the BI market;

Dennis is a graduate of the University of California,Irvine, with a Bachelor of Social Sciences degree in Economics.

Indra Dattagupta has more than __ years of experience in the information technology industry. She has lent her consulting expertise to companies, such as Digital Equipment, Hewlett-Packard and IBM. Her vast experience and deep understanding of integrated technologies, has benefitted many Fortune 100 companies.

She excels at applying her experiences as C-Suite executive through her non-profit outreach organizations like WIT, NCMA; she is passionate about building The Atlanta technology community. She is passionate about women in STEM. Indra passionately supports children orphanages with assistance for education & shelter in India. She has worked tirelessly for organizations such as Raksha, Asha For Education, Habitat for Humanity and is currently serving on the Board of Emerge Scholarships, a non-profit that provides scholarships to deserving women whose education was interrupted by life.

She serves as a Board Member with the GNFCC (Greater North Fulton Chamber of Commerce) and serves on their WorkForce Development Committee. She is also on the board of GATN (Greater Alpharetta Technology Network) a non-profit organization that will work to help create, unite and strengthen the Greater Alpharetta technology company community by promoting and advancing the interests of that community through the offering of networking, educational, and thought leadership events and opportunities. 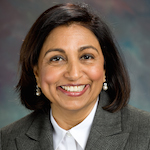 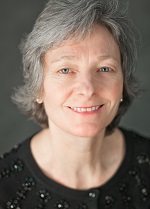 Dr. K. Lisa Cairns is a medical epidemiologist.  She completed medical school at Yale University, followed by a residency in Family Medicine at Duke University Medical Center.  She then spent three years working as a clinician in the local hospital on the atoll of Majuro, in the Marshall Islands.  This experience inspired her to leave clinical medicine and become a public health practitioner.  She returned to the US for a Master’s in Public Health from Johns Hopkins University.  After completing this, she joined the US Centers for Disease Control and Prevention (CDC) as an Epidemic Intelligence Service Officer.  After spending two years in Seattle working for the state health department, Dr. Cairns moved to Atlanta to complete a preventive medicine residency in CDC’s domestic TB program.  In 2000, she began to work in the field of global immunizations with a focus on measles control.  From 2000 – 2014, she held a variety of positions within CDC’s Global Immunization Division, including four years in detail at the World Health Organization’s  (WHO’s) China office where she served as leader of the WHO immunization team.  In 2014, she retired from CDC.  Since then she has worked as an independent consultant to a variety of agencies, including Gavi, the Vaccine Alliance, WHO’s South East Asia Regional Office, the University of British Columbia, and CDC.  She resides with her son and husband in Victoria, British Columbia, Canada.

What our customers tell about us

We will help you leverage tech to stay ahead of the curve!

24X7 Systems is a consulting firm that empowers you to take on challenging business opportunities with agility, responsiveness and sustained excellence.

We strive to deliver future-proof applications that can serve the ever-evolving appetite of heightened volume, variety and veracity that is expected in today’s world